Sausage Rolls are as old as the Ancient Greek and the Roman Empire. However the modern recipe is subject to a typical discussion: who invented the sausage roll? After a funny attempt by the USA to claim the paternity for it, most of the observers have settled to declare UK the mother patrie of the pastry. However again, some say sausage rolls have been conceived in France in the 19th century…

So here is our recipe for some delicious rolls, with Paneton flaky pastry of course, the best of NZ and France combined. 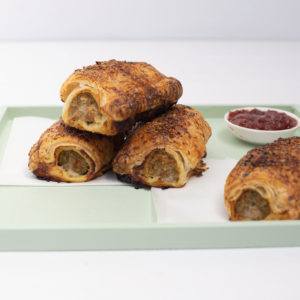 FREE shipping on all order over $40.00 Dismiss